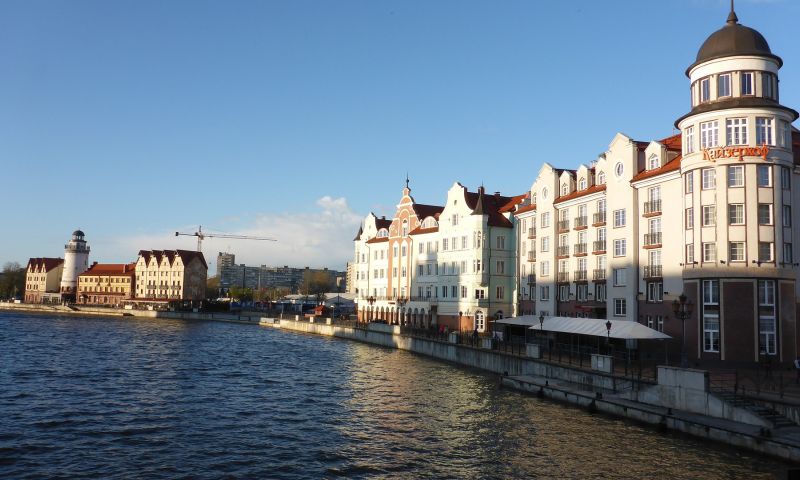 The city is home to several universities, colleges and technical schools, research institutions and libraries. One of the most famous sights of the city of Kaliningrad is Königsberg Cathedral of red bricks with the grave of Immanuel Kant, it has been preserved by the seven city gates in neo-gothic style, the Astronomical bastion and defense towers. One of the towers now houses the Amber Museum with largest collection of amber in the world. In the Russian region of Kaliningrad is part of the famous Curonian Spit. Here is the oldest European Ornithological Station. The most popular seaside resort in Kaliningrad lies about 40-km north-west of the city.

To visit the Kaliningrad region, you need a visa for Russia. The formalities we take over for you!

You can book with us and stay in Kaliningrad.

Early morning ride on the Curonian Spit, Kaliningrad (Königsberg). The Curonian Spit is a 98-km stretch of land between Klaipeda and Lesnoi, as of now 52-km belongs to Lithuania and 46-km belongs to Kaliningrad (Russia). This unique landscape was provided by two countries under strict conservation. During the excursion you will visit the famous bird observatory in Rossitten (Rybachij). In the Biological Station you get a lot of information about the birds on the Spit. Continue via Lesnoj to Kaliningrad. No city has changed so much after the war like this. Visit the cathedral restored with Kant tomb. Following the devastating destruction of the World War II only remaining building of the old inner-city is the Cathedral. Worth seeing is the square monument, Schiller Denkmalm, many churches like Luis Churchz Rosenau Church, King's Gate, Promenade, Hansa Place, the Bourse and others. Ride back. 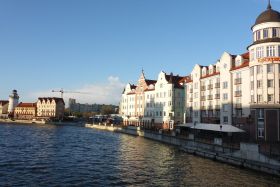 Kaliningradas
From 420.00 € for an adult
Day trip to Kaliningrad