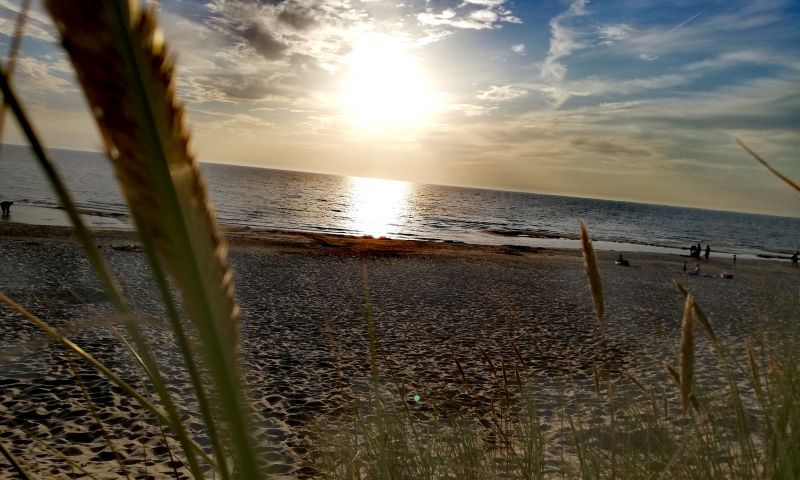 Klaipeda is the only port city, the industrial, commercial and cultural center in the western part of Lithuania. It is not only the oldest city, but also a total one of the oldest cities on the eastern Baltic. A walk through the narrow, straight old town streets carrying the name of the resident there at the time guilds as bakers, shoemakers, fishermen, blacksmiths street can, still feel a touch of the medieval period. In the old town of Klaipeda are many restored half-timbered (fachwerk) houses from the 17th-19th Century example of the former Prussian architecture in the northeastern coastal area. Young, open, liberal, tolerant, ambitious, perhaps with a touch of extravagance-that is the city of Klaipeda. Theatre Square is the heart of Klaipeda city and a popular meeting place for locals and guests. In the middle of the theater square is a fountain with a sculpture of "Annie of Tharaw". The monument to the little girl in 1912, built by the Alfred Kune from Berlin, commemorating born in Klaipeda German poet and writer Simon Dach. Another attraction is the miracle mouse. They say that the little mouse has magical powers and can fulfill all wishes, you just have to whisper in this ear. Another sculpture is "The cat with the face of the gentleman." On the roof of a house you will find the sculpture of the chimney sweep. The sculpture was made ​​to bring more happiness and excitement to the city. This and much more you will see in Klaipeda. Overnight in hotel of Klaipeda.

3 Day: All day will be spent in Nida

Attractions in Nida: the high dune with sundial, traditional fishermen's houses, Evangelical Church, the promenade along the harbor, the lighthouse, the Amber Gallery, historic cemetery, Thomas Mann House. Either, visit the Mizgiriai Amber Gallery - Museum. There is a large collection of cetificated Amber. Overnight in hotel of Nida.

Cycling on an asphalt bike path of the Seaside Cycle Route which takes you along the Curonian Spit to Klaipeda. En-route you can explore the “Dead" sand dunes on foot, watch a colony of grey herons and cormorants, visit the Hill of Witches with fanciful and folksy wooden sculptures of Lithuanian legends, swim in the Baltic Sea or relax, take the sun on golden beaches. Arrival in Smiltyne where you take a ferry to the Old Town of Klaipeda. Drop-off the bicycles. Overnight in hotel of Klaipeda.

5 Day: Breakfast at the hotel

End of the tour. 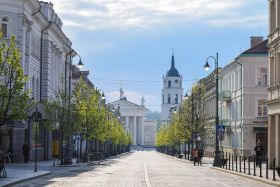 Lithuania
From 669.00 € for an adult
Car Tour to Lithuania 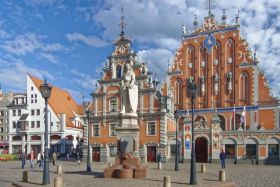 Lithuania Baltic
From 580.00 € for an adult
Baltic Express with intercity Bus 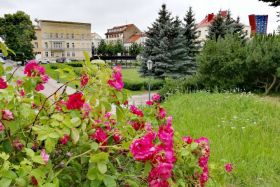 Baltic
From 559.00 € for an adult
Individual Tour Baltic: Lithuania, Latvia and Estonia